And Now, Back to WHDH, Where Another Anchor Gets the Boot 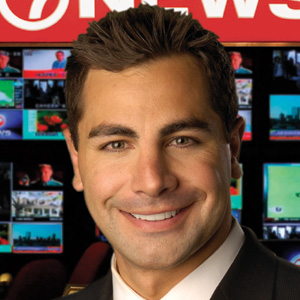 It’s been a rough month at WHDH/Boston.  First, longtime and much-loved main anchor Randy Price was unceremoniously shown the door a week ago;  this morning we learn (again, from the Boston Globe, not from the station itself) that weekend anchor Brandon Rudat is gone.  He got the news yesterday, according to the Globe’s boston.com:  “I was told . . . that I am very skilled and that I am very talented but I am not right for the station,” said Rudat, 29, who started at Channel 7 in early 2007. His contract with the station expires April 22, which will be his last day. Rudat also anchors weekends on sister station CW-56. “Good things will come out of this,” he predicted, wrote the Globe’s Mark Shanahan.

According to the paper, HDH GM Chris Wayland wouldn’t comment on Rudat’s release, though Rudat, like Price before him, had been vocal inside the 7 Newsplex about the station’s flashy, sensational WSVN/Miami approach in more sober, less flashy New England.  Dissent, according to the Globe, did not do good things for job security:  “We should be able to debate what the story should be,” Rudat said. “If you debate, you suddenly become a target. . . . It’s really hard.”

Tense Times in the ‘Plex

The HDH departures have local Boston newsbloggers going into overdrive, with much speculation about what’s motivating the exodus:  money, or being unacceptably vocal.  The comments at bostontvnews make for interesting reading.