The Man, the Myth, the Legend: San Diego's Ron Burgundy

Ron Burgundy has a message for mega-anchors like WNBC’s living legend Chuck Scarborough:  “fly off into the sunset while there’s still a dash of news left.”

Okay.  The quote’s not technically from Burgundy himself (admittedly, a fictional character and all) but from the closest thing we have to Burgundy this side of Will Ferrell, “Anchorman:  The Legend of Ron Burgundy” co-writer Adam McKay, who writes in today’s New York Post that the day of the big time local news anchor is officially over.  “So farewell perfectly parted ones,” McKay writes.  “Adieu teleprompter readers.”

McKay’s op-ed comes on the heels of a rough week for high-salaried, deep rooted local newsers, like Paul Moyer in LA and Len Berman in NYC.  Both announcing unexpected departures from NBC O&O’s, and raising questions about the network’s continued investment in superstar anchors like New York’s Chuck Scarborough. 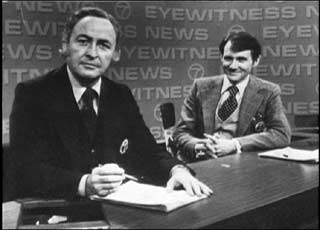 As McKay writes, “Their avuncular baritone voices reassured us in times of crisis and made us laugh when there was a frog leaping contest or a cat who had befriended a pig.  But slowly their days are coming to an end.”

McKay has a pretty good grasp on the changing local news landscape, noting that “gone are the days of only three networks, the days when these men were gods.”  And sure enough, he’s right.  I realized earlier this week that I may have been clouded by my own emotions–rooted in the local news of my childhood, with three stations doing news and big, oversized anchors chuckling and clearly ruling the Earth–when I wrote that it would be nuts for NBC to get rid of Chuck.

The movie man may have a better grasp on my biz than I do:  “Let’s face it,” McKay says.  “Local news has always been pretty sugary, but these days it looks like the National Enquirer and the Weekly  World News had a baby and taught it to only speak drug shootings and Madonna affairs.  It’s orange, loud, dumb and absolutely devoid of any news whatsoever outside of the occasional baby food recall or toxic spill.  I’m convinced their entire audience consists of people looking to see if they got on TV while waving their hands behind a reporter in the field.”

Detroit's One and Only Bill Bonds

I’m tempted to defend my dear local news, with an impassioned argument of the irreplaceable role of local newsers in informing communities in the face of dangerous weather and in the aftermath of horrible tragedies.  But the impulse passes quickly.

McKay offers this to the goliaths who still toil in TV:  plan your exit, and plan it now, while you still can.  “What does a retired anchorman do?  He can yell at the neighborhood kids not to play in his yard in a pitch-perfect non-geographically specific voice.  He can watch the local anchor in Clearwater, Florida, and mumble ‘punk kid’ to himself.  Or he can host a PBS news show and bask in the joy of no producer handing him copy about a dog trapped in a drainage ditch.”

Thanks for Stopping By

There’s a lot to talk about in the local tv biz these days, and most of it’s rather depressing.  In a sense, that’s what prompted by lovely fiancee to suggest, just two weeks ago, that I put up a blog to talk about what’s happening:  the scary stuff, but also the inspiring things that are right around the corner for those of us who are willing to experiment, be flexible, and believe. 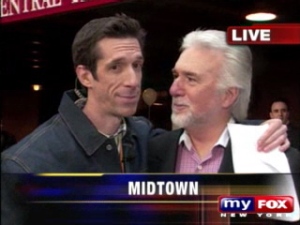 Apparently, I’m not the only one.  In two weeks, this blog has had over 5,000 page views, and today, on a lowly Saturday, more people visited than on any other day:  nearly 500.  I am humbled–and excited.  I’ve heard from a lot of smart, insightful people and gotten to make connections in this business I didn’t have before.  I’ve been mentioned on sites I respect, gotten notes from well-known names who stunned me with word they’d been reading my stuff, and my baby blog even got a mention in the mighty New York Post.

I believe that if we share ideas, and stick together, we’ll not only get through this, but thrive.

So thanks for stopping by.  And please, pass the word to anyone who might want to join our conversation. 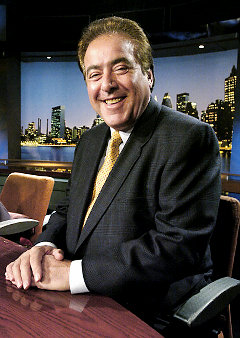 The warm NYC sendoff ended a 14 year career on the sports desk for Sal Marchiano at WPIX/NY:  “Sal made a decision to retire at the end of this year, and last week was Sal’s last week on the air as our sports anchor,” a WPIX-TV spokeswoman told the Daily News in late December.  Now, we’re getting Sal’s version of the story:  ” They told me I was out – finished,” Marchiano told the Daily News’ Bob Raisson.  “They were not renewing my contract.  The order came down from the top.”

Marchiano says not only was the “retirement” story bogus, he’s hardly ready to walk away from covering New York sports.  “I’m a free agent,” Marchiano says, who tells Raisson he was fully expecting a new contract, was ready to take concessions given the state of the economy, but was instead sent to pasture, complete with a sweet story of retirement Raisson suggests Marchiano only learned about by reading the Daily News.  (Echoes of WNYW main news anchor Len Cannon, who learned of his departure from the NY’s FOX O&O by reading the front page of the New York Post, announcing the multi-million dollar signing of New York legend Ernie Anastos)

Raisson writes:  “Marchiano’s termination is more about what’s happening in the local TV news business than it was about his performance. Industry sources say all six local stations, which for decades were cash registers, are losing money – big money. This has led to cutbacks. It has also led to major players, including local sports anchors making mid six-figures and up, either taking drastic pay cuts or, in Marchiano’s case, being fired. “

Standupkid’s localtvnews gets a nice mention in today’s Starr Report column in the New York Post, and that’s real estate that a novice blogger like myself can just not afford to pay for:  “Site seeing: (they DO love their puns at the Post) Ex-Ch. 5 reporter Mark Joyella, who’s now at WPLG in Miami, has started a local news-centric Web site,” Starr reports–in the very same column where he has news on former WVTM/Birmingham colleague and friend Rene Syler (most recently on the CBS Early Show) has landed a hosting gig for a new show.

So thanks very much for the mention, Michael;  and congratulations, Rene!

DISCLOSURE:  I have done freelance reporting for the New York Post (most recently yesterday), and have on at least one occasion made chitchat with Michael in the Post break room.  Also, as he mentioned, I previously worked at Post-owner News Corp’s NYC station, WNYW.